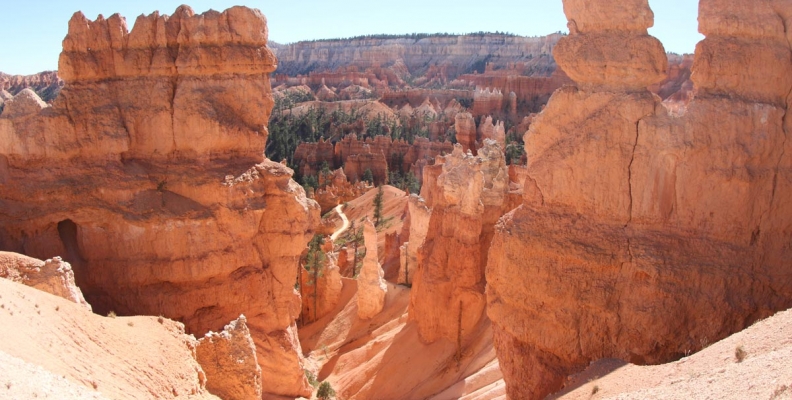 As the National Park Service looks ahead to the next century of protecting U.S. treasures, it will pursue new directions in education, preservation and sustainability as well as seek new ways to connect the parks to communities throughout the nation and the world.

America Wild: National Parks Adventure director Greg MacGillivray says that drawing people who have maybe never visited the parks before is a goal that unites the National Park Service and this film.

“Sharing the parks with people from all backgrounds is a really important thing,” he points out. “Not everyone has the luxury of time and travel, so we’re thrilled to be able to give parents and kids a chance to experience more of the majesty of the world. I think people will be blown away by all the park system offers and hopefully some will have the opportunity to take their own journeys.”

Producer Shaun MacGillivray agrees. “I think one of the most important things for the future is simply building a deeper awareness for how important the parks are. Today we are tied to phones and the media and everyday city life perhaps even more than ever—but once you get out there in a park, you realize how much it can enhance and affect your life. Even for a filmmaker, you start to forget how powerful that effect is until you’re there. I think it’s something we need in our souls—and that awareness will drive us to continue to protect and manage the parks in a way that will change with the times and endure. I think humankind will realize more and more that as John Muir says we need places ‘to pray in and play in.’”

The National Park System is certainly not idly waiting for the future—there are numerous initiatives in motion intended to keep the parks healthy, vital and more diverse. “The National Park Foundation is a charity funded by Congress to attract young and minority visitors,” explains writer Stephen Judson. “They provide transportation for 100,000 students to visit the national parks every year. The African American Experience Fund is preserving African American history in national parks, while the American Latino Heritage Fund does the same for Latino history.”

No matter who you are, if you’ve been to a national park you’ve probably bagged your own slew of fun photos, entertaining stories and meaningful personal memories. That side of the parks—the side that romances society one family at a time—is captured in the joyful final moments of America Wild: National Parks Adventure, which features actual home movies collected by the MacGillivray Freeman team via a call sent out over the internet.

“We connect with the parks through family and friends, as larger-than-life playgrounds. Long after we share a quiet sunset or a swim in a crystal clear stream, those moments live on in the family memory bank, enhanced by the afterglow of the parks themselves,” observes Judson. “The sound of laughter echoing through the campsite stays with you long after you pack up your tent and go home. Millions of families share similar memories.”

Greg MacGillivray acknowledges that one film cannot possibly encompass all that the parks offer on tap for those who are able and driven to seek them out. But he hopes this film reveals something essential about the national parks story: that it’s a tale of human triumph for all of us. 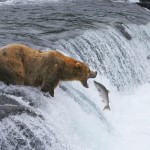 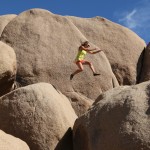