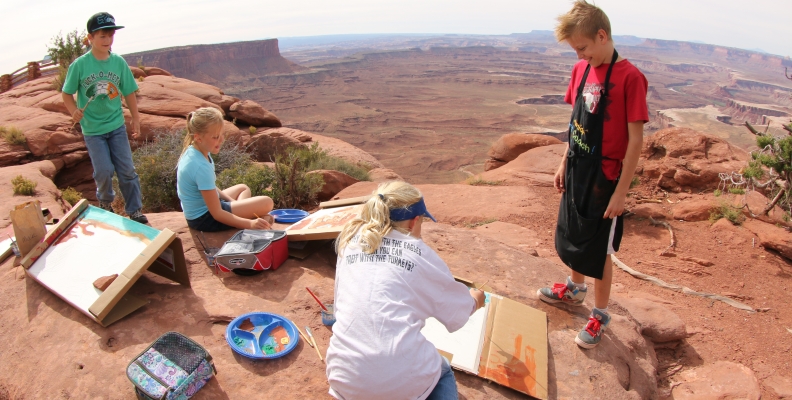 As America Wild: National Parks Adventure unfolds, wild adventures and artistic expression increasingly entwine—reflecting the teeming cultural vitality of the parks. From the beginning, art was as important to the parks as the parks were important to the arts. Indeed, it was the 19th Century American landscape painters who, long before the days of film, gave ordinary people a glimpse into the magic of wild places, and helped spur the public call for a permanent national park system.

Today, that spirit is kept alive by dozens of artists-in-residence programs throughout the national park system—and by numberless painters, writers and musicians for whom nature’s primal rhythms, shapes, palettes, stories and emotions are the stuff of creative manna.

“Back in the 1860s, when there was a huge battle over whether Americans should protect our great wildernesses or exploit them for resources, it was the painters who really swayed hearts because they demonstrated not just the beauty and serenity but the spiritual sustenance of these places. Artists were instrumental in creating the parks, and they remain an important part of them,” says director Greg MacGillivray. “Artists of all kinds continue to reveal nature to us in new ways.”

America Wild: National Parks Adventure joins the tapestry of art and nature in its own way. Comments writer Stephen Judson: “Many artists have drawn inspiration from the parks, and created artworks that reveal unseen dimensions of natural places. A few great artists, like Albert Bierstadt and Ansel Adams, have created huge images of the parks on giant canvases or prints—as if only an enormous work of art could convey their overwhelming scale. I see this film as a continuation of that impulse. Epic imagery is a hallmark of MacGillivray Freeman films. America Wild: National Parks Adventure achieves the goal of every great giant screen classic—to transport people to an unforgettable place and persuade them to fall in love with it.”

For cast member Rachel Pohl, nature is a constant muse. She notes that, although it’s just a hobby, climbing has deeply influenced her swirling, stirring landscape paintings. “One theme that appears again and again in my work are these rolling clouds and low blankets of inversion clouds—it’s a kind of metaphor for being up above it all, rising above the ordinary,” she says.

Rachel especially loves the contrasts between high-adrenaline pursuits and painting. “The outdoors stuff I do is fast and dynamic, yet painting is slow and reflective. When I’m doing something physically challenging, I’m often thinking about painting, which gives me calm. But when I’m painting, I’m always trying to capture the excitement and movement of being outdoors,” relates Pohl.

As a photographer and writer, cast member Max Lowe also feels a deep link between nature and the urge to create. He says: “Artists interpreting the national parks in a romantic way helped people see them as far more than just as resources to be used. It’s cool to be someone continuing that legacy today.” 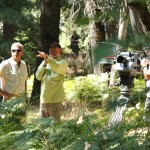 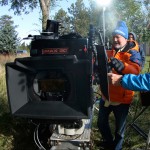